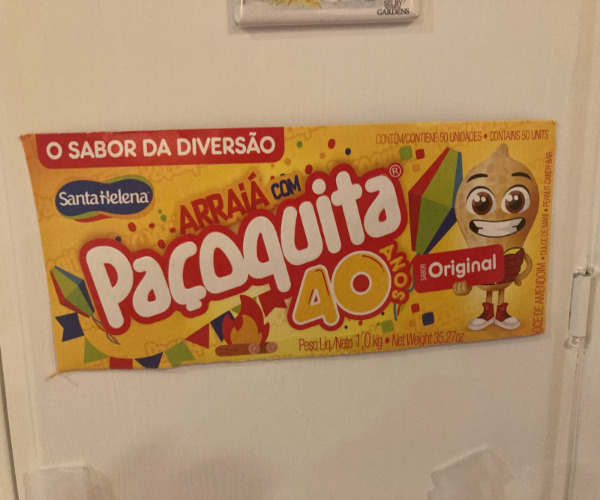 I love candy.  I don’t buy it because I can’t stop at one or two pieces.

I relapsed last year when Seth visited and bought home a box of “Hot Tamales”.  I bought my own box after he left. It lasted 24 hours.   I renewed my vow to stop.

Then during my October trip to Brazil, I relapsed again, thanks to pacoquitas, jars of which appeared at the end of the lunch and dinner buffet lines  in the Pantanal. (see photo)

I bought a big container back from Sāo Paulo,  and gave a half dozen pieces to several friends, primarily so that I wouldn’t eat them all.  Alas, at Thanksgiving, Seth brought another supply from Brazil.

On Wednesday my Brazilian house cleaners left me a Christmas gift.

Guess what it was.

This seems to be the 'sweet tooth' time of year. Happy Holidays to you and yours!