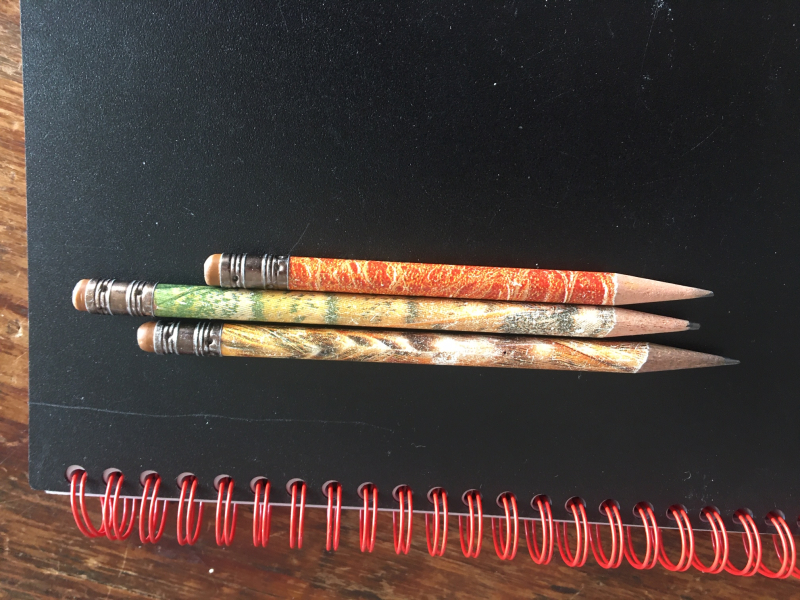 A white plastic box containing pens, pencils, and a pair of scissors has occupied a drawer in out kitchen through three major household moves. The pens advertise our former employers, hotels, schools or conferences attended over decades. The pen population has grown. The pencil population has not.

Many years ago, our then eight-year-old son Seth gave us a package of pencils that he had proudly selected as a holiday gift. They were not your ordinary every-day yellow pencils. (See above.) Originally there were a dozen.

The other day when I reached into the drawer for a pen, I picked up one of those special pencils. Most of it had been sharpened away. When I went through the whole box, I was relieved to find two more, also no longer full-sized. I am determined to keep one forever.

That child will be 50 next month.

what a special memory :-)

Ahhh, I love the pencil story. It's always a special treat to find a memory like that.
Grace & Peace,Iris
www.IrisOriginalsRamblings.com