Home Archives Profile Subscribe
To Work or Not to Work, That Is the Question
Building Body AND Vocabulary 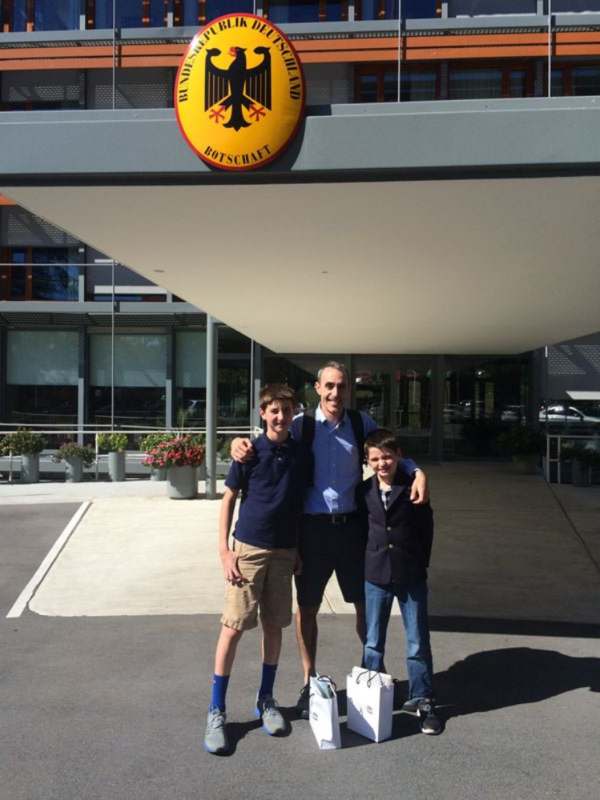 Last Monday, our son Jeremy and his sons became German citizens in a ceremony at the German embassy in Washington, DC.

This was possible because Article 116 of Germany's constitution permits those who had their citizenship revoked for "political, racist, or religious reasons" during the Nazi regime to reapply for German citizenship while retaining their current citizenship.

Decades ago, my husband Peter’s family was stripped of their German citizenship after they fled from Berlin to escape the Nazis.  He was six.  Now Germany welcomes back Peter and his descendants.

In a moving ceremony, the Counsul General apologized for “a terrible chapter in German history.”  He thanked the new citizens for their “act of faith that Germany has changed.” He welcomed each family individually as the official photographer snapped a photo.

Our daughter-in-law Katrina wrote on her Facebook page:  “In the 1930s, Peter Kugel and family were stripped of their German citizenship.  Today his son and grandsons became German citizens…Take that, Hitler.”

A remarkable event after all these years. Germany has come along since WW2 and its achievements justify our respect.