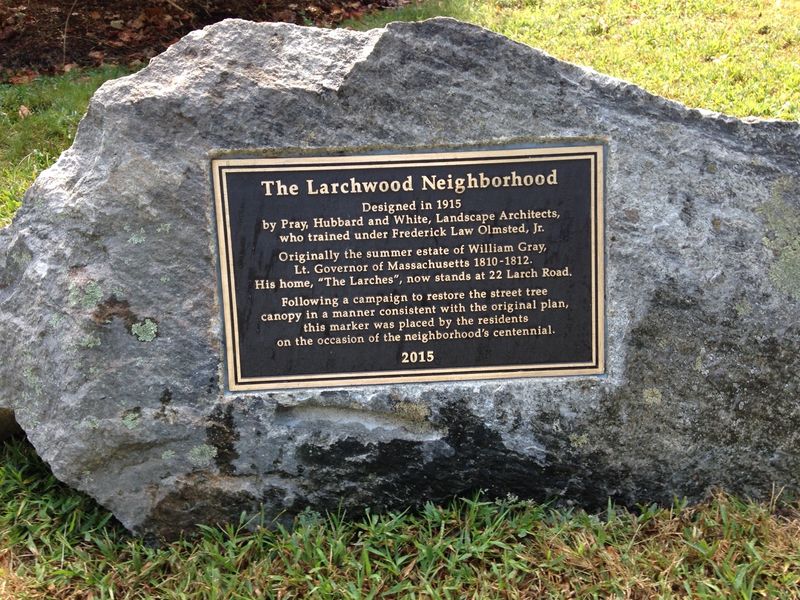 We’ve lived in our empty-nest house for twenty years.  On Sunday, our “new” neighborhood of about seventy-five homes celebrated its 100th anniversary at its annual block party.

We gathered at the site of our new monument (see above) for a two-block “parade” to our party site (where three streets, all called Meadow Way meet).  Children were in costume, dogs were in tow.  The youngest participant was two weeks old.  The oldest (not sure) might have been Peter.  A few of the oldest actually grew up in the neighborhood.

We have a neighborhood “mayor” who keeps us organized, but the real mayor of all Cambridge came and gave a speech.  We honored the person who has spearheaded our block parties for twenty-one years and our resident landscape architect who helped us replace aging trees and personally visited the stone quarry to pick our monument stone.  Our resident historian handed out an index card for every house with its history.