I’m still reaping the “benefits” of trading my frequent flyer miles for magazines.  That means that I am still getting magazines I never wanted in the first place.

When the March issue of InStyle arrived, it was so thick that I could barely lift it.  I should have put it right in the recycling bag, but somehow I felt obligated to at least flip through it after the postman lugged it around all day.

Let’s just say that InStyle is not written for anyone whose skirts don’t end mid-thigh.  I wonder when someone will realize that those of us a bit older have buying power and that we also would like to look terrific in our clothes.  Why not have a magazine for us? 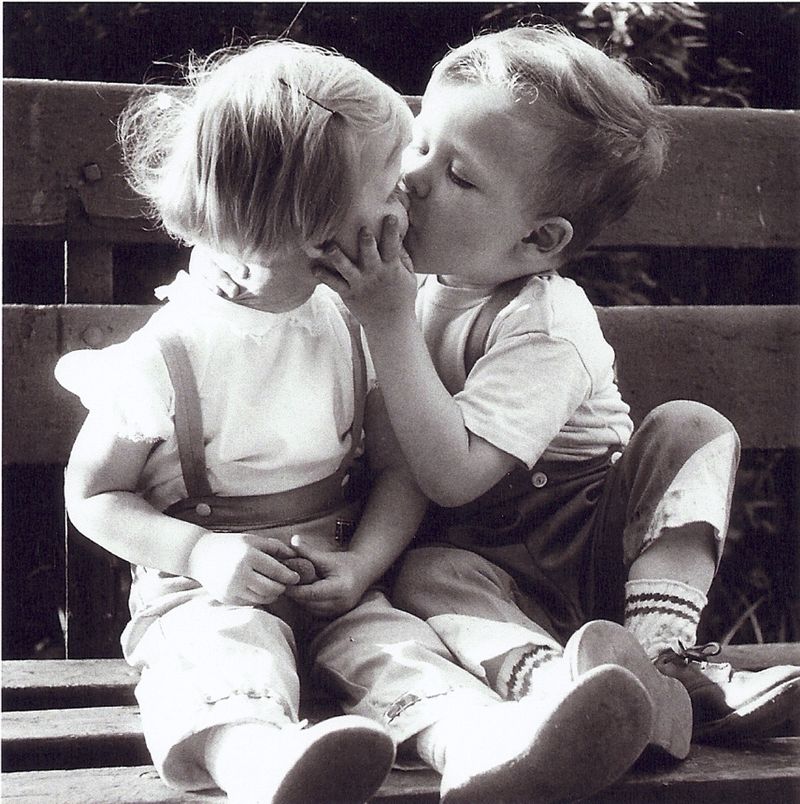 I’m very good about de-accessing.  My goal is to keep our kids from having to comb through endless boxes of photos of their grandmother’s siblings and of their mother as an adorable two-year-old. (Well, I have kept a few examples of the adorable two-year-old.) Recently, I re-cycled, with some regret, a collection of Michelin “green” guides to places we visited decades ago. And I unloaded baseball cards and lacrosse uniforms on the kids when they were here for Thanksgiving.

But I am absolutely unable to throw away my collection of birthday and Mother’s Day cards.  Like the "Happy My Birthday" card I once got from our son Jeremy on his birthday…his first-born was six weeks old and Jeremy was going through the sleepless nights and worry of a first-time parent.  “I wanted to send you this card to say thanks for deciding to have me, going through childbirth, and what I imagine were more than the six weeks of sleepless nights I’ve just come off of.”  Or from Seth probably ten years ago “Thanks for letting me be myself…even if it wasn’t always what you had in mind.”  That card contained an offer of “complete and honest answers to one dozen questions of my choice.”

My sweet husband is not big on cards, but he made up for it on my 75th last week.  The front of the card is above.  The inside reads:

I wasn’t excited about turning seventy-five.    I would have been happy to put it off for, let’s say, a decade.  On the other hand, it would be a non-Thanksgiving opportunity to get everyone in the family together.

Despite the bitter cold and freezing winds in New York City last weekend, I had one of the best birthdays of my life.

I was not involved in the planning.   I know it wasn’t easy.  The grandchildren in Maryland had to get out of school early, their parents had to battle DC’s Beltway and the Holland Tunnel in a long-weekend traffic jam, and our always-traveling son had to fit in some time between trips to Korea and Brazil.  But somehow it all came together.

We stayed in a très chic hotel next to the High Line, a park created from a once-to-be-demolished elevated train track, in New York’s (also) très chic meatpacking district.  Our rooms had gorgeous Hudson River views from their floor-to-ceiling windows. My only request had been to see the 9/11 Memorial so we joined the throngs of people paying their respects at the World Trade Center on a cold, gray Saturday morning.

But what really matters is that the weekend reassured me that I haven't done such a bad job of being a wife, mother, colleague and friend.  There were a lot of tears (all mine), as I made an individual toast to each member of my beloved family at our Saturday night, adults-only dinner.  There were more tears (still all mine) at my Sunday birthday lunch over my present, 75 Twitter-Length Tributes to Judy Kugel from friends, family and colleagues.

I will treasure it for as long as I have birthdays.

I’m lucky in so many ways.  I still have the love of my life with me.  I have great children and grandchildren and I’m happily employed.  Although I have a knee that is not my own, my health is excellent.  OK, last week, the eye doctor said my eyes are showing signs of aging.  But so is the rest of me.

Over the past year, I’ve come to see myself as an older person.   A 70-something reader once commented that life is a conveyor belt, and eventually we come to the end.  It seems closer now.

The other day my former boss was in town and he dropped by my office.  He is twelve years younger than I am, but took early retirement four years ago.  When he asked “What’s new?” I told him that I was about to be seventy-five.

“That makes me happy,” he replied. “I wasn’t looking forward to being seventy-five, but when I see you, I know it’s going to be OK.”

We go to the movies to be entertained.  And Amour is entertaining, sort of.  A new film by director Michael Haneke, it received the Palme d’Or at the Cannes Film Festival and has been nominated for five academy awards, including best movie.  It is the story of a vibrant elderly French couple, Georges and Anne, whose lives are dramatically changed when Anne suffers a debilitating stroke.  We know how this story is going to end. We witness Anne’s decline with all its indignities.  Yet Amour is a beautiful love story.

It is a long movie and, except for the opening scene, takes place entirely in the couple’s apartment.  But the plot twists and turns and the film never loses momentum.

What makes this movie compelling is that it could become our story at any moment.  But like Georges, who explains to their daughter Eva, that “we’ve always coped, your mother and I,” we hope that we will be able to handle whatever happens with the same grace and dignity.

Amour is difficult to watch. I had tissues clutched in my fist because I was prepared to weep, but I never used them.

We’ve had a couple of almost snowless winters in New England.  But it only takes one big storm to bring back memories of others.  And we got a big one this weekend.

The forecast predicted another blizzard of ’78, and it came within inches of that record.  In ’78, our kids were eight and six.  Our street lost power for days.  Boston’s major circumferential highway was a parking lot of abandoned cars.  A thoughtful neighbor (with a gas stove) cooked up enough spaghetti sauce from her freezer (which lost power so the sauce would have spoiled) to feed an army.  A neighborhood grocery store managed to open, and because there was a driving ban, people went to it on sleds or cross-country skis to pick up milk.

We were better prepared for the blizzard of ‘13.  The Governor of Massachusetts ordered all but emergency vehicles off the roads by 4:00 on Friday. We had candles and flashlights at the ready.  This time there were no children to entertain.  But they checked in with us—one from snowless Maryland and one from snowless Korea.

In the morning, the neighborhood was magical.  We estimated 24” of snow had fallen on our patio table.  The snow was piled high against our doors, and we had to remove the glass from our front storm door so we could shovel away the snow and get out.  Luckily, we didn’t lose power.

We postponed our Saturday night dinner party.  We read the paper on our computers. (We couldn’t do that in ’78.) We snuggled into the sofa with good books.

Tomorrow we will have to resume our busy lives.  The snow will turn black, and it will be hard to get around.

But for forty-eight hours, we enjoyed the snow.  And the memories.

It’s hard for 70-somethings to keep up with kids’ games, especially if they are electronic. So imagine how great it was to find an activity to entertain ages 6, 9, 40, 74 and 82 all at once.  It happened last Saturday morning when our daughter-in-law went to exercise class and our grandsons Leo and Grady, their father Jeremy, Peter and I were looking for something to do.

We were visiting Maryland for Leo’s ninth birthday.  Normally we would be out tossing around a football or walking in the woods.  But it was cold and damp and nobody over nine wanted to go outside.

Jeremy suggested Monopoly, and we agreed.  I hadn’t played Monopoly in thirty years. The game still looks the same.  The “rents” for the properties haven’t changed.  Nor has the cost of houses. Even the “Get out of Jail Free” card is the same.

Leo and I were one team; Gramps and Grady another and Jeremy was on his own.  The competitive juices started flowing, and I found myself completely into it.

Most of the time Grady and Gramps were ahead, Leo and I struggled with our puny holdings—Mediterranean and Baltic Avenues.  Even when we bought hotels, no one stopped there.  Then Jeremy made a comeback and wiped us all out with his hotels on St James, Tennessee and New York Avenues.

The kids moved on to their electronic games.  I was the only one looking for a rematch.

Say It Isn't So

1.  “30 Rock” is over after seven years, leaving the air before anyone wants it to go.

2.  Dustin Hoffman is 75.  (He’s still Benjamin Braddock in The Graduate to me.)

4.  Peter and I have been in our “empty-nest” house for eighteen years.