Hey 70-somethingers, The New York Times wants to hear your account of your life so far.  On Friday, David Brooks, an op-ed columnist, invited us to evaluate what we’ve done well, what we have done not-so-well and what we have learned. You can see his invitation at http://nyti.ms/tZCaP2

I don’t think he wants our autobiographies.  Just some lessons that might help the next generation or two make better decisions.  He’ll report on some of our ideas in his column around Thanksgiving and report more online.

Let’s help him out.

When we visit the grandkids (Grady, age five, and Leo, almost eight), they always want to hear how things were in the olden days.  Last weekend they were shocked to learn that their father hadn’t started playing soccer until third grade, since they each started to play when they were two years old.

The kids also cannot conceive of life before email and had trouble believing that their dad didn’t have email until he was in college.  When a question came up that their 99-year-old great aunt could answer, Leo suggested we email her.  “She doesn’t do email,” I told him.  The look on his face was priceless.  I explained that her hands were pretty arthritic and mostly used for knitting.  When I added that she didn’t even have a computer, his jaw dropped.

It was then that I suggested we go outside and throw around the football.

When our alarm clock goes off every workday morning at 6:05, I reach over for Peter and ask him how he is.  His answer is always, “I’m fine.” Or almost always.

Sometimes he has a new ache or two to report, most recently when he felt a bit sore because he had upped the level on his weight-lifting routine after reading that work-outs need to increase in difficulty regularly in order to be really effective.

But what does “fine” mean? Can an eighty-one year old who takes fourteen pills every morning and has multiple health issues, be fine?

The answer is he can, and that’s “fine” with me.

On Tuesday we went back to our old neighborhood for a good-bye party for our friend Barbara who sold her house after thirty-seven years.  It’s been thirty-six years since we moved into that neighborhood and sixteen since we left.

Many sweet memories came flooding back.  Seth was shoveling our former neighbor Bob’s driveway after a huge snowstorm when we surprised him with Clem, our brand new Old English Sheepdog.  Seeing Bob Tuesday night, made that day seem like yesterday.  Jeremy deliberately fell down the stairs in our hosts’ house while making a video about the neighborhood.  And Jackie, their daughter told us that she had bought a space trolley for her kids, remembering how much she loved riding the one in our back yard when she was their age.

A friend of our son Seth now lives in the house next door to our old house, just a few blocks from where she grew up.  She married her high school sweetheart and has three kids.

It’s a whole new neighborhood, and that is how it should be.

A while ago, I decided to do something about my newly-puffy eyes. I headed to the cosmetics department of my favorite department store and asked for help from the perfectly-made-up saleswoman. She had the cream for me—a dab under each eye morning and night and no more bags, she promised. She said that no one had ever returned it.  So I handed over way too much money and was on my way.

Seven weeks later to the day, I returned to the counter to spoil the record of no returns.  I had a long conversation with a different saleslady.  She said she lived by that cream, that if I had used it properly and it hadn’t worked, I probably needed plastic surgery.

I told her I was seventy-three and since my husband’s eyesight is failing, surgery seemed extreme. She said that I couldn’t be seventy-three (I was wearing my tight Brazilian jeans). Then she told me that having survived breast cancer surgery fifteen years ago, she would never elect a surgical procedure.  I told her I was glad she was still alive.  Then I bought everything I could think of—lipstick, eye shadow, mascara.  By the time I left, I had a new friend.

Now I have a new plan.  According to the Internet, top models fix puffy eyes with cucumber slices.

Next stop, the produce department. 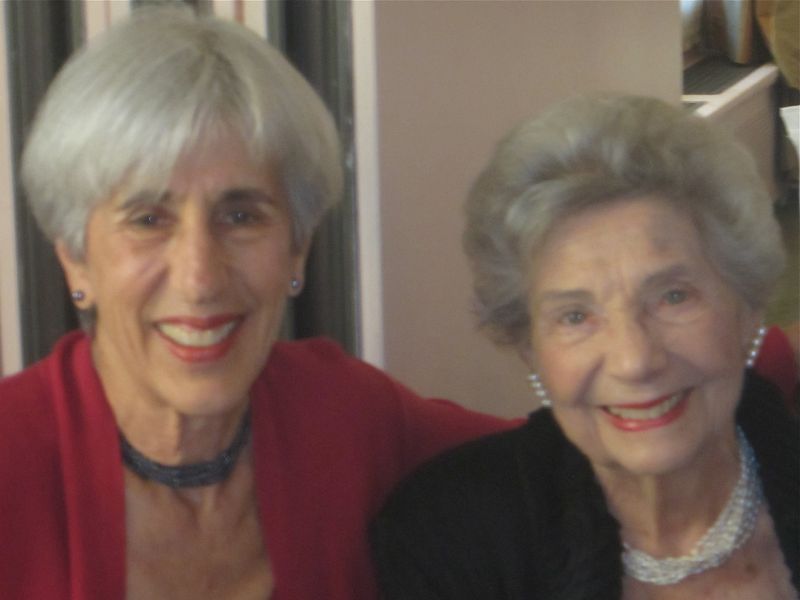 When I became eligible for a senior transit pass one snowy February day eight years ago, I was very excited to have access to the discount that allows us to get to the airport and everywhere else on public transportation for sixty cents.

The other day I realized that my senior pass was about to expire.  I guess they figure that we don’t live forever, and they don’t want us to pass on our pass.  The pass expires in case we do.

But they don’t make it easy.  You can only get the pass in one of two locations.  I had to go on my lunch hour because they are only open during working hours.  The office is on the subway line, but you have to exit the subway to get there (which means that you have to pay to get back in).  There is no sign indicating where the pass can be renewed so you have to ask.  It is behind an oddly located black door with barely visible signage.

There were people waiting in line when I arrived.  There weren’t enough chairs.  The office is windowless, and the two people helping looked like they wanted to be anywhere but there.  There was little or no eye contact among those of us waiting and everyone also looked like they would rather have been somewhere else.  The one thing we had in common was that we were all over sixty-five.

I have my new pass now.  It is good for eight years.  I hope to be here to renew it.

A Weekend with Charlie

We spent last weekend with good friends who have a home on a lake.  There were three couples there plus Charlie, a super-cute, super-friendly cross between a golden retriever and a poodle.  It rained all weekend, and that left a lot of time for conversation, reading and a new-to-us form of Scrabble called Upwords.

Charlie’s “mother,” a faithful reader of this blog, asked me why I never write about sex, religion, or politics.  I thought that was a very good question, and so I have given it some thought.

I believe that so far my feelings about being 70-something are not influenced much by my politics or my religion.  Sex is anther story, but one I don’t want to tell.  (After all, my children read this.) Further, if I wanted to write about sex, politics and religion, I’d write a novel, not a blog.

It was a great weekend until our departure.  Charlie thinking that we were going out for a walk pulled his leash from the coat rack and in the process pulled it over.  The only thing between it and the floor was my cheek.  So I have been spending more time explaining the big lump on my cheek than thinking about religion, politics and sex.

At least so far.

We gave an engagement party for our son Jeremy and his (now) wife Katrina ten years ago.  It was a beautiful fall day, and we had the party in our back yard.  Best of all, it was catered, so all I had to do was order flowers and a few other items.

One of the things I ordered was cocktail napkins.  I chose a fall theme—a burnt-orange background with a big apple in the middle.   I over-ordered by a lot.

Recently, a good friend remarked, “What’s with the apple napkins?  Is there no end to the supply?!!”  I assured her that there was an end and that it was near.

Last Sunday when we served drinks to other friends, I placed the last four apple napkins on the cocktail table with a flourish.

In those ten years, a lot has changed—and, at last, so will our napkins.