Am I a Backpacker?

Peter and I and our son Seth spent a couple of days at Rancho Tranquilo near the Padre Ramos Estuary on the Pacific coast of Nicaragua at the end of last month.  Owned by a transplanted American named Tina, the hostel occupies a gorgeous spot between the ocean and the mangrove tree-lined estuary.

For us, it was reminiscent of overnight camp—central shower (two), central toilet (two) and sink (one) for eight thatched roofed bungalows, each containing a bed, a chair and a mosquito net.  The evening crowd at the “bar” just yards from the ocean included an Israeli, a German couple, a Dutchman, an Argentinian, a Californian, the owner’s boyfriend, the cook (a warm and wonderful Nicaraguan woman called “Mommy”) and us. 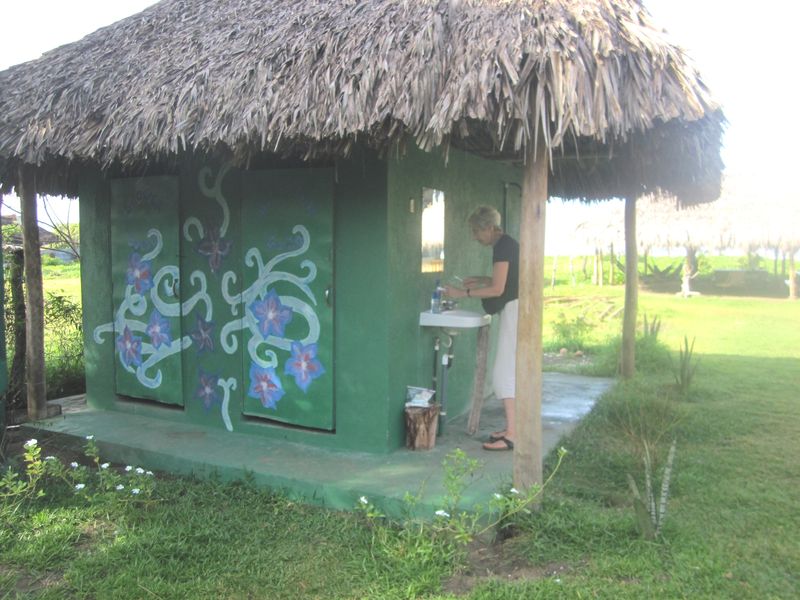 The conversation was as one would expect –where everyone has traveled and why everyone else should go there.  It reminded me of how, in restaurants, the conversation often turns to great meals eaten elsewhere.  Rum and/or beer were the drinks of choice that evening.  Our conversations were punctuated by lightning, thunder, torrential rain, and finally, loss of electricity.

At some point in the evening, the German husband asked me why I would ever want to stay in such a place that was clearly meant for backpackers. My reply,